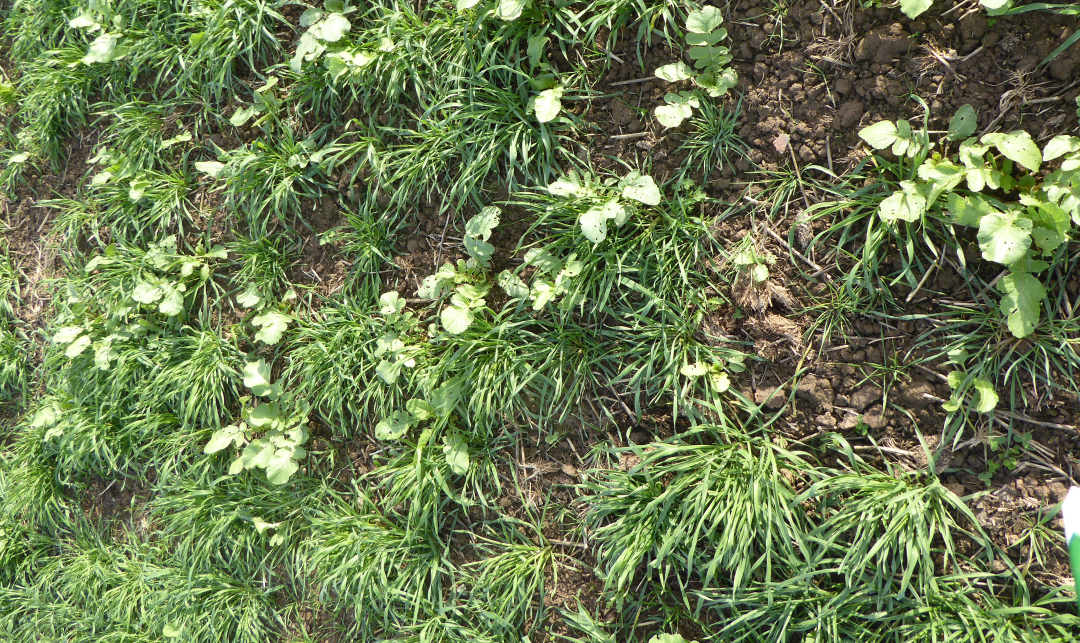 “Globally averaged concentrations of CO2 reached 403.3 parts per million (ppm) in 2016, up from 400.00 ppm in 2015 because of a combination of human activities and a strong El Niño event,” according to The Greenhouse Gas Bulletin, the UN weather agency’s annual flagship report.

The increase of 3.3 ppm is considerably higher than both the 2.3 ppm rise of the previous 12 months and the average annual increase over the past decade of 2.08ppm. It is also well above the previous big El Niño year of 1998, when the rise was 2.7.

In May 2018, the Earth’s atmospheric concentration of CO2 exceeded 410 ppm for the first time ever in our history. May saw a slight rise to 411ppm, but by December the level had reduced slightly to 408.02ppm, according to CO2 Earth publication.

This is a sad indictment of our inadvertent abuse of the planet that has developed since Britain’s first Industrial Revolution from 1760 to 1830. The world needed that expansion to evolve and, as with many historical events, the benefit of hindsight is a wonderful thing. Many of the conveniences that we take for granted wouldn’t be readily available to us without that revolution.

As farmers and growers, we can readily make a considerable contribution to the reduction of CO2 in the atmosphere and generate a highly productive farming environment in the process.

Don’t think short-term profit but think plant! The long-term benefits to both the environment and the generation of cost-effective yields will be invaluable.

Think back to that time in education when we learnt about photosynthesis – water and light energy combine with Carbon Dioxide (CO2) from the atmosphere to produce carbohydrate energy [glucose] in the plant and oxygen that is voided back into the atmosphere as a by-product of the chemical reaction.

A plant is rarely able to utilise all the Carbon Dioxide (CO2) that it absorbs because that rate of absorption is influenced by many inter-related environmental factors. For example – a change in temperature after absorption / adverse weather / nutrient shortage, such as Manganese or overcast weather reducing availability of sunlight, to name but a few.

A soil ‘works’ as a growing medium as consequence of the interaction between plant photosynthesis, plant and microbial respiration and, crucially, plant and root decay which is regulated both by time and soil bacteria and fungi. These inter-dependent processes create Organic Matter, which is made from organic compounds that contain significant quantity of carbon. Soil Organic Carbon (SOC) levels are then directly related to this resulting Organic Matter. Therefore, the more efficiently a plant is allowed to function, the greater that the SOC that will be created over time.

Much like humans who consume more than we can effectively process, the plant has a similar problem with the excess Carbon Dioxide (CO2) that it absorbs, and what to do with it. The solution is both elegant and confers significant benefits to crop profitability, the environment and the Soil Organic Carbon levels.

This solution is enhanced in efficacy and capability by a plant with a prolific root-mass and a soil containing a high density of Arbuscular Mycorrhizal Fungi (AMF). Most of the UK soils are significantly over-worked which destroys the AMF colonisation, and the predominating cereal varieties that lack a highly developed root mass as a result.

For a soil to effectively operate it requires 25 per cent water and 25 per cent air. The air and water allows the microbes and bacteria to breathe and flourish. Crucially, the air pockets provide an easy space for plant roots to grow through, which then creates the essential dense root mass, and ensures that the plant isn’t wasting energy trying to force roots through the soil.

This is where the clever part comes in! The plants generate an exudate (slime trail) on the outside of the roots that enables the roots to slide more efficiently through the soil air pockets. The exudate contains amino-acids and sugars that provide the mycorrhizae with essential carbon-based energy. In return the mycorrhizae generate hydrogen irons that break the chemical bonds that hold nutrients in the soil, making them available for the root hairs to absorb by osmosis.

The higher the microbial level in the soil, then more of the Organic Matter is broken down into humus. Humus is highly carbon-rich and also gives soil its indicative dark colour.

The decomposition of the soil ecology by the mycorrhizae and bacterial respiration will inevitably result in some Carbon Dioxide release directly form the soil. But the more humus that can be generated will ensure that as much as possible of the carbon is stored in the soil both in the humus its self but also as a result of formation of bicarbonate in the soil, and its storage in conjunction with soil calcium as Calcium Carbonate.

Utilise Albrecht soil analysis to ensure that there is enough Calcium in your soil! Calcium isn’t just a requirement for acidic soils. 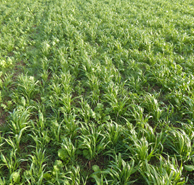 If carbon generation from photosynthesis is higher than the carbon losses from the soil, then Soil Organic Carbon will increase.

To quantify the financial viability and validate these benefits to the soil and the environment, one of my enlightened farmers has planted 20 hectares with a cover crop mixture of Rye, Fodder Radish, and Crimson clover.

This mixture was also inoculated at drilling with Arbuscular Mycorrhizal Fungi (AMF).

The clover struggled to establish as the weather after drilling stayed frustratingly dry.

The Rye has established fantastically well, and the Fodder Radish is generating a great root mass too.

The Fodder Radish and the deep-rooted Rye have already started to produce significant benefits for soil structure and friability. Bodes well for the following crop of Spring Oats.

It was noticeable just how easy a spade was pushed into the soil, without the aid of a foot. A significantly different result compared to the field last year when it was winter wheat.

Soil temperature on 11 December was an unexpected 5.4O C. This was because the Rye and Radish are helping to open the soil out and allow air in.

What I found fascinating was the 16-hectare field of Winter Wheat that adjoined the cover-crop fields. Albrecht analysis has indicated a broadly similar soil type.

I had to kick the spade into the soil after the first 25mm, and the soil smelt and felt cold and uninspiring. What was indicative was the soil temperature that had already dropped to 3.5 degree C. The wheat will be slow to develop in the spring, and yield will be compromised if we get another cold wet winter and spring as the soil is already struggling to live.

In the spring of 2019, Lordington Park Agronomy is planning to take soil and root samples to assess the level of root and soil AMF colonisation as a result of inoculation. This will be compared to a sample of the adjoining wheat field and depending on time available a sample taken from the long-established grassland.

The commercially available strains of Arbuscular Mycorrhizal Fungi (AMF) colonise gramineae species, therefore the comparison of the three samples will help to proportionally quantify what is happening.

Trials are planned to vary cover-crop destruction timings, and the following Spring Oat drilling dates to assess the crucial benefits that the AMF conferred to both root colonisation and yields.