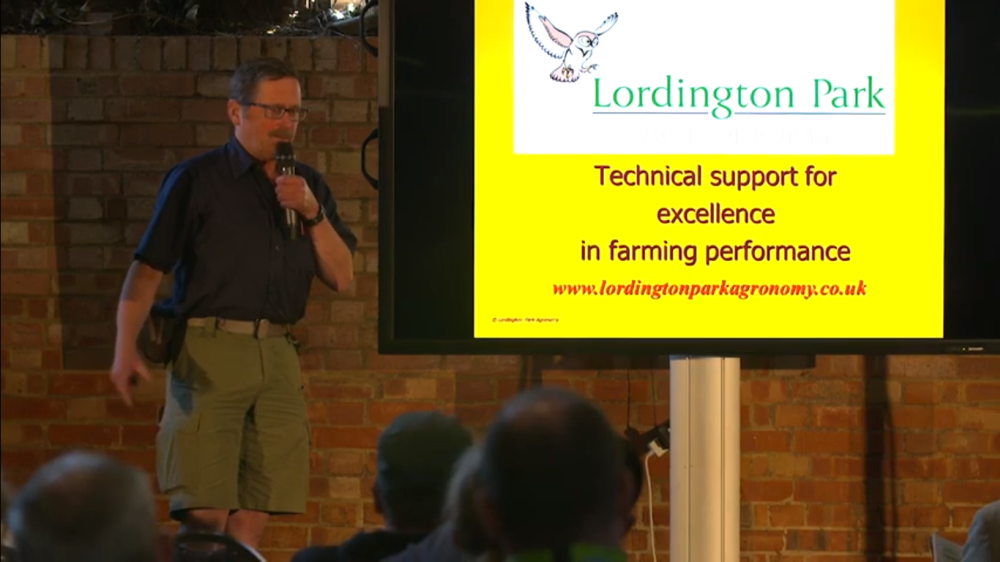 Jonathan Holmes presented at Groundswell, the no-till and regenerative agriculture show, at Lannock Manor Farm in Hitchin this year.

His talk was titled: ‘Carbon sinks: Get planting and generate productive profitable soils’.

Groundswell is the UK’s leading annual show and conference focused on soil health and regenerative agriculture. The fourth annual Groundswell took place over two days in June – this year with the overriding theme of: Conservation Agriculture.

This year’s show featured practical ideas on how to farm in the new environmental and political climate whilst regenerating your core asset – the soil.

Albrect soil expert and agroecologist Jonathan focussed on carbon sinks – establishing sustainable and profitable farming environments for arable and grassland farmers that also contribute to the reduction of atmospheric CO².

Jonathan says: “As farmers and growers, we can readily make a considerable contribution to the reduction of CO2 in the atmosphere and generate a highly productive farming environment in the process. Don’t think short-term profit but think plant! The long-term benefits to both the environment and the generation of cost-effective yields will be invaluable.”