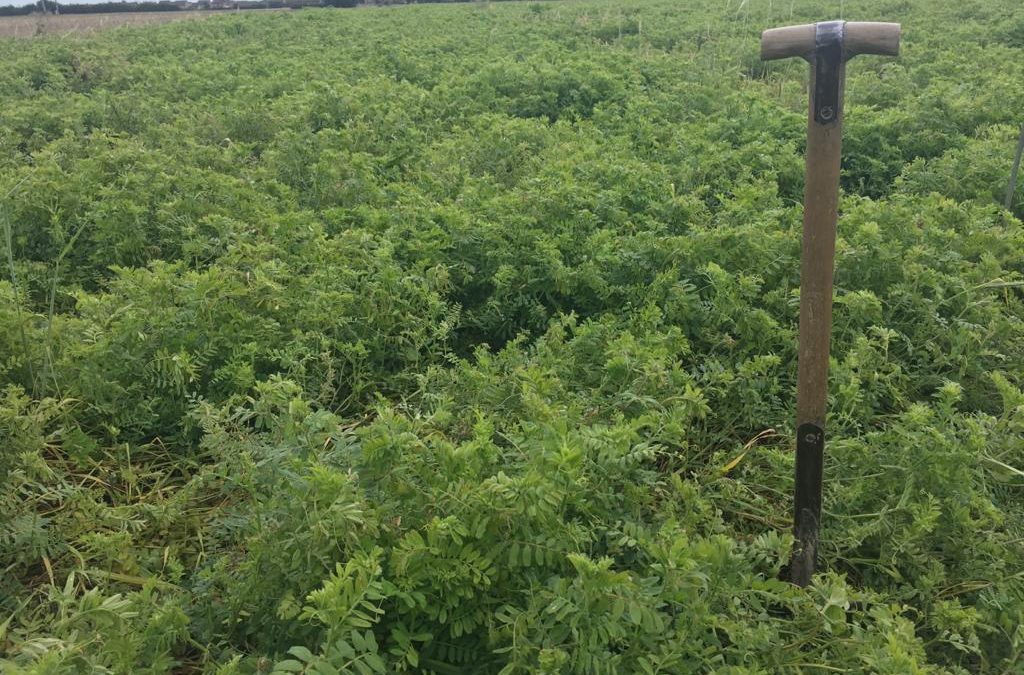 Most cover crops these days are implemented for two reasons.

Although they are usually recommended for these two different purposes, they can be interchangeable. And, you often end up having the same objective if they are implemented properly.

Black grass and rye grass are gramineae species, as are wheat and barley, and in large parts of the UK they are resistant to modern agrichemicals. Controlling a gramineae species in a gramineae crop is a very expensive business. It is also virtually impossible once the weed develops resistance.

You could cultivate the land lightly and wait for the black grass to chit, and repeat. Spray it off again and chit again. But all you end up doing is reducing the population perhaps by a third in the soil if you are lucky. Meanwhile spending a lot of money in the process. Often when you put your wheat crop in in September or October, black grass inevitably grows through it. 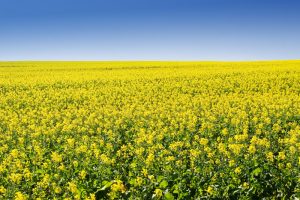 Another option is to put a crop in as a cover crop that prevents light from getting to the soil, (stimulating the seed to chit) but at the same time stabilises the soil, restructures it and retains and releases nutrients for the next crop.

If we are trying to control black grass, a short-term cover crop is the best strategy. As an example, if we have a crop of oil seed rape (WOSR) harvested in July, we would want to put a crop in the ground that’s going to stay there for three months, up until perhaps the middle of September when the winter wheat (WW) is drilled.

You would need something that is fast growing, going to exclude light, utilise water and also restructure the soil and recycle nutrients for the next crop to utilise. 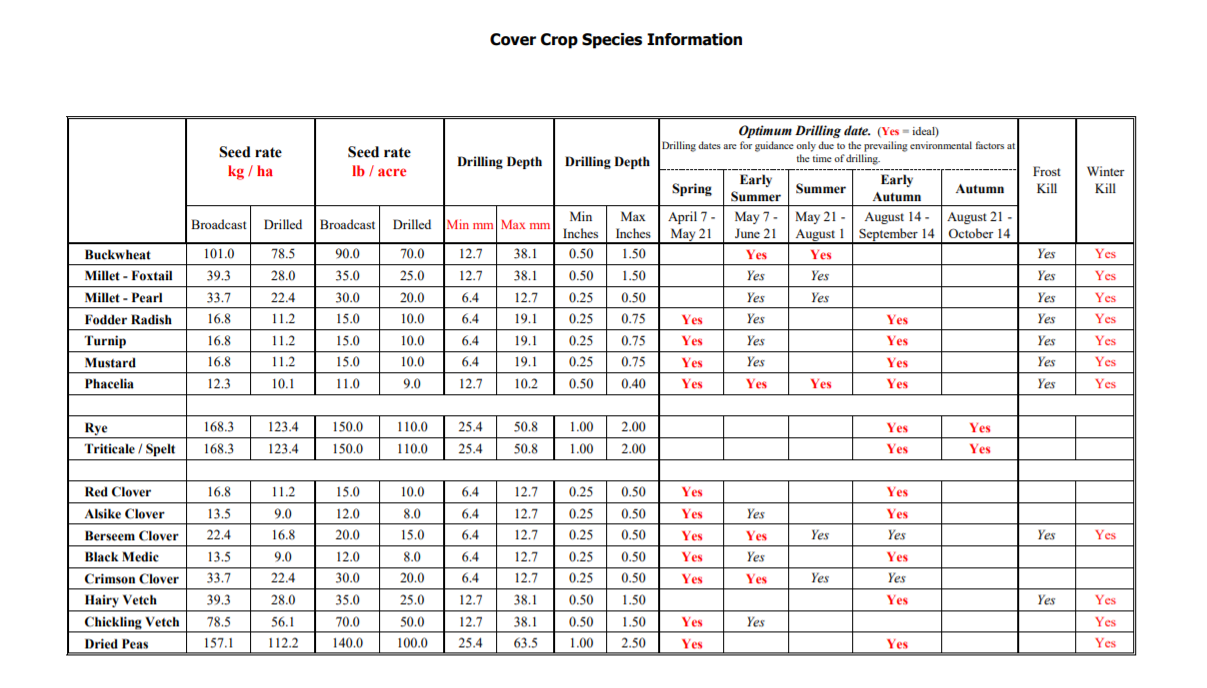 Looking at the chart, we can see we would need a cereal species to open the soil out. Something that is deep rooted and can interact with the arbuscular mycorrhizal fungi in the soil to release nutrients for productivity. You also need a nitrogen source.

One of the fastest growing and best in this situation is vetch. Fodder radish is also reasonably deep rooted, but radish will not have really time to grow in the timescales that we are talking about or will produce too dense a crop.

The whole point is you want to be able to spray all the crop off, kill it with glyphosate and then drill straight into the residue. The ideal thing to be able to do is put a cover crop in wait six weeks and then drill because that allows all the nutrients that the cover crop has generated to be returned to the next crop. In reality, that is extremely difficult with weather or farming time pressures on farm.

What tends to happen is that the following wheat crop that is put in after cover crop is going to be starved of nutrients because they are all still locked in the soil. So, you just need to be aware that the wheat crop following a short-term cover crop is liable to need an autumn application of nitrogen that is in line with the RB209 fertiliser manual.

The alternative use to cover crops is to restructure soil and this is where you get the most benefit in the rotational strategy. It also dovetails in with the government’s Agriculture Bill of soil conservation rather than just payments for yield.

The premise behind this is that it’s a long-term cover crop – probably drilled in July but it’s going to stay in the ground perhaps until after Christmas ready for a spring drilling of a cereal crop in March or April, or potatoes or sugar beet. In these circumstances, something like rye or black oats (as they are both deep rooted and unaffected by soil type) if you can get hold of them, although rye is cheaper.

It is crucial that all cover crops are as cheap as possible to implement, otherwise they are just not cost effective. It is quite easy to get one of the commercial mixes and spend up to £45 a hectare but this is just too expensive for the benefits they confer. If possible, get some rye from a neighbour, or grow a small area for multiplication.

Ideal constituents of a cover crop 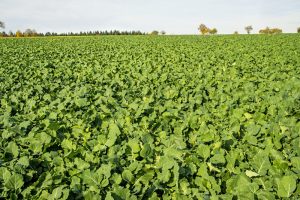 Again, we need a deep-rooted cereal species to interact arbuscular mycorrhizal fungi (AMF) in the soil and increase productivity. Preferably rye because it loves acidic soil or soil that is lacking in nutrients – it just grows!

You will need a nitrogen source to go with it, such as vetch or one of the clover family, preferably berseem clover, because ordinarily it’s killed by frosts in the late autumn, but can be a bit problematical to establish and you have to bear in mind the different seed sizes as not one drilling depth will suit them all.

Then you need something to open the soil out that is deep-rooted – such as fodder radish or possibly buckwheat. Buckwheat has a similar size, even though it is a different shape seed to clovers so they can often be drilled together.

The advantage of buckwheat is that it is quite fast growing, shrouds light out and it also produces lots of glomalin, a protein produced in the soil by the AMF that helps to release phosphate for crop utilisation.

Because phosphate is an anion is it bound heavily in the soil and can be exceedingly difficult for plants to access it. Because of the glomalin, the phosphate is liberated for the rye to utilise and absorb into its root for their growth.

Well, when you destroy the cover crop and the roots die, that phosphate is then readily available, rather than locked in the soil, ready for the next crop to utilise.

Key ingredients for a cover crop

The key thing with all of these, particularly the long-term cover crops, is to try and destroy the crops six weeks before you’re going to drill the next crop to give time for all the nutrients and goodness that the crops created to remain in the soil.

The next crop that is drilled in the spring has got all those root channels to follow, and the nutrients are still available with a highly profitable and valuable crop to follow.